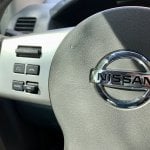 Only 21 of the 50 states have passed hands-on cellphone bans on calling, texting or using apps while driving. Three other states and the District of Columbia have banned calling and texting.

Yet a study led by researchers at the Center for Injury Research and Policy at Nationwide Children’s Hospital reports that hands-free cellphone regulations have resulted in fewer deaths involving drivers, passengers, motorcyclists, bicyclists and pedestrians, and recommends all states implement such laws.

The study looks at passenger vehicle crashes from 1999 through 2016 in all states, along with the presence and characteristics of cellphone use laws.

The study, published in Epidemiology, found that hands-free cellphone laws were associated with fewer driver deaths, but calling-only, texting-only, texting plus phone-manipulating and calling and texting bans were not.

“This could be due to greater compliance; hands-free cellphone laws clearly send the message that cellphones are not to be handled at all while driving,” the study reported. “In addition, drivers may be more likely to believe that enforcement is possible when the laws govern cellphone use broadly.”

The study also noted that “Traffic crashes are a leading cause of death in the United States, relative to other high-income countries. Drivers’ cellphone use is a common traffic safety hazard. Cellphone use may involve manual distraction (hands off the steering wheel), visual distraction (eyes off the road), and cognitive distraction (mind off driving) and includes activities such as calling, texting, looking at apps and various other uses. “

“Distracted driving-related crashes are a major burden on emergency medical and trauma systems and result in significant medical expenditures for treatment and rehabilitation,” the study reported.

For example, in Ohio, home state to the study group, “the associated societal costs for distracted driving-related crashes are about $1.2 billion every year, which is equal to $2,300 every minute.”

flutter
Abarth is using facial recognition technology to measure the emotions experienced when driving or riding as a passenger...
Read more

Ringbrothers Kills It at SEMA 2022

flutter
The SEMA Show is a-happening in Vegas at this very moment, and Ringbrothers have unveiled four chariots for...
Read more

It's official... Ringbrothers unveiled all four of their creations at SEMA on November 1st

flutter
In an unprecedented display of fabrication insanity, Ringbrothers unveiled not one, but four impressive custom builds at this...
Read more

flutter
This 1930 Ford Model AA is back on the streets looking for work. John Shaw’s amazing 1930 Ford...
Read more